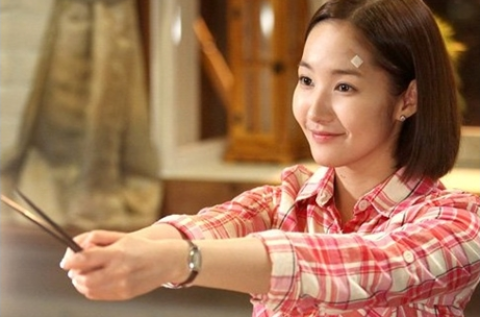 With her latest drama, “Glorious Jane”’ (aka “Man of Honor”) nearing its end, actress Park Min Young is looking forward to her first relaxing break in five years. Since her debut in 2006 through MBC’s “High Kick!,” Park Min Young has shot 8 dramas and 1 movie. She has also secured several endorsement deals, ever-increasing her presence and popularity.

A representative of Park Min Young’s management agency stated, “Park Min Young has not taken a single vacation since she debuted. She has always been busy with various projects and CFs.” He added, “Once she wraps up this drama, she plans to enjoy a nice break and reenergize. She plans on visiting the States with her family, where – for the time being – she will enjoy herself as a twenty-five year average girl and not a celebrity. Afterwards, she plans to resume her activities with various CFs and photoshoots, as well as decide on her next project, come February.”

hotshotlover30 is the senior editor for soompi.com. You can email her at hks33@soompi.com, or follow her twitter.com feed at @hotshotlover30