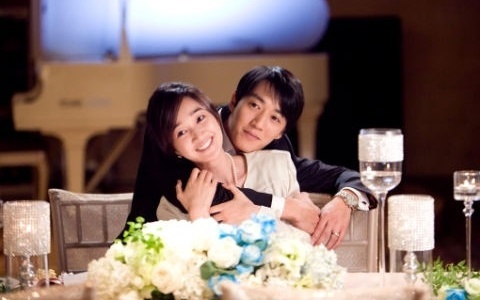 During yesterday’s episode, we saw a jump in time. Seo Yeon’s Alzheimer’s has signiciantly progressed as has Seo Yeon’s pregnancy. Although she resents herself and her disease, Seo Yeon accepts the fact that she will soon no longer be apart of this world. She’s busy making checklists, tying up loose ends, and allowing herself to forget. While she’s slowly making peace with herself, those around her are now more scared for her.

With Seo Yeon’s condition rapidly deteriorating, Aunt has been helping Seo Yeon with housework while keeping an eye on her. With Ji Hyung coming home late from work, Seo Yeon insists that Aunt and Jae Min go back home, pleading to Jae Min, “Please take Aunt home. I’m not a baby. It’s ok to leave. Aunt is too tired because of me already.” Jae Min is reluctant to leave Seo Yeon alone, but seeing as that this might lead to another argument, Aunt agrees to go home.

As timing would have it, Seo Yeon accidently hits her head while stopping to pick up a dropped towel. The hit causes a huge gash, and Seo Yeon is shocked and scared to see the blood gushing down her forehead. Moments later, Ji Hyung comes home and hears Seo Yeon’s cries. He finds her in the bathroom sobbing and covered in blood.

Ji Hyung takes Seo Yeon to the hospital where she gets several stitches. The accident shakes up Ji Hyung, Jae Min, and Aunt pretty badly. Aunt sobs hysterically, while Jae Min is too shocked to say anything. The regret of leaving her home alone is evident in Jae Min’s eyes. Ji Hyung manages to hold himself together until he takes Seo Yeon home and puts her to sleep. He then goes into an empty dark room where he finally allows himself to let out a muffled cry.