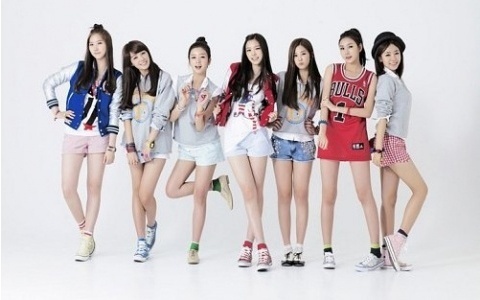 A Pink Releases BTS Recording Video of "My My"

A Cube Entertainment released A Pink‘s behind the scenes video for the recording of their latest song “My My” today.

In this short video the members’ cute charms are seen as they work on their mini-album’s title track. It is interesting to note that they tried alternate lines during Yoo Kyung’s English part near the end of the song.

Their mini album “Snow Pink” was recently released on November 25, and they have been promoting on the various music shows since then. They have been successful as a new group as they won the “Rookie Award” at the 2011 MAMA. A Pink’s cute and innocent concept has earned them the nickname “fairy idols.”

Previously, they had released two short BTS videos from shooting their music video.