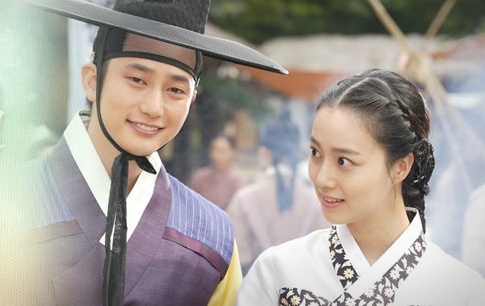 Descendants of historical figure Shin Suk Ju filed a lawsuit against the KBS drama “The Princess’ Man,” according to local news agencies. Reports say 108 of Shin Suk Ju’s descendants are seeking compensation from the drama’s broadcast network and producers for negatively portraying the Chosun era politician and soldier.

“The Princess’ Man,” starring Park Si Hoo and Moon Chae Won, is a tragic love story set in the Chosun Dynasty period. While the drama was fictitious, it involves real-life characters such as Shin Suk Ju. In the drama, Shin Suk Ju (portrayed by Lee Hyo Jung) played a part in trying to harm his friend.

“The drama portrayed Shin Suk Ju falsely and thus violated the honor, privacy, esteem and respect of the dead and his character,” the complaint is reported to have said. They are suing for 3 billion won (about $2.5 million USD) worth of damages.

Shin Suk Ju is a well-known figure in Korean history. He had the trust of King Sejong and had later served as a prime minister in the Chosun Dynasty.

“’The Princess’ Man’ is fictional and was created with imagination,” the drama’s director Kim Jung Min said. “We have made it known from the start that the story of the drama will differ from factual historical accounts, so the producers believe the lawsuit is baseless.”

He further said, “Looking at precedents, viewers have always known dramas that made reference or used historical figures are doing so as part of dramatic and creative license.”

Moon Chae Won
Kim Jung Min
The Princess' Man
How does this article make you feel?