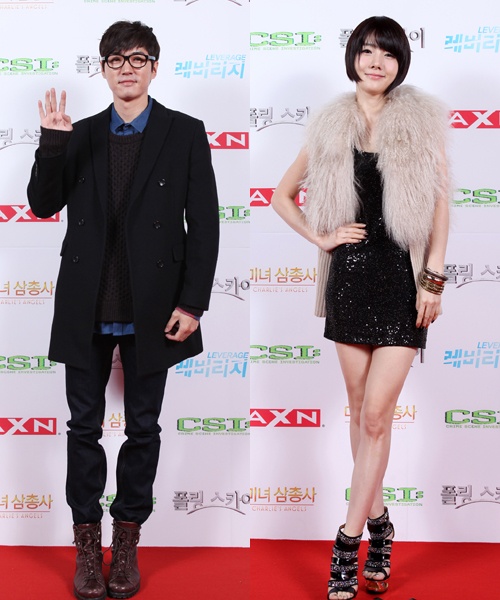 Why Did Danny Ahn and Kim Hye Jin End Up in a Club?

Danny Ahn and Kim Hye Jin went to club Eden in Kangnam on December 14. The reason that the two went to the club was for an “AXN Holic” party that was run by the American drama channel AXN. Other actors/actresses such as Kim Su Ro and Lee Soo Hyuk joined the event.

The event was opened by the comedian Jeon Hwan Gyu. DJ Koo was the DJ throughout the night. Jay Park also performed.

The event also had an interesting “American Drama Zone” where models were dressed up like the main characters of “CSI,” “Charlie’s Angels,” and “Leverage.”

The channel AXN is planned to broadcast for the first time in South Korea, “Leverage,” “Charlie’s Angels,” and NBC’s “Prime Suspect.”

Danny Ahn
Kim Hye Jin
How does this article make you feel?