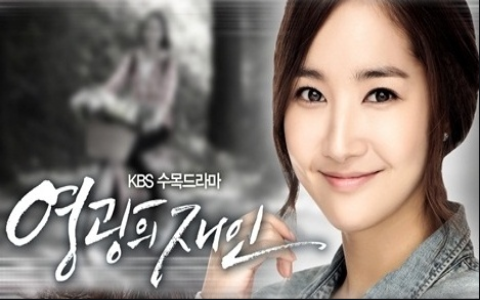 If you’ve been taking a break from “Glorious Jane,” (a.k.a. “Man of Honor”) it’s time to get back on the bandwagon. Jae In is officially out to get Seo Jae Myung. With her mother back unconscious – because of Seo Jae Myung (not a surprise, but I do believe it’s partly Mom and Jae In’s fault as well…One, if you’re not strong enough, bide your time and get better before attempting to strangle a peson. Two, if you see your mom – or anyone for that matter – gasping for breath and about to collapse, don’t waste time and call an ambulance), Jae In is not wasting any time in devising plans to take him down.

Yoon Jae In makes her formal appearance as the Yoon Jae In at a formal party – much to the Seo family’s dismay. She introduces herself, “My name is Yoon Jae In. The late President Yoon Il Goo is my father.” Decked out in a beautiful evening gown, she is the center of attention, and Seo Jae Myung, along with his wife, are visibly uncomfortable at her presence. The crowd is amazed to see Jae In’s safe return 17 years later. Half-forced to acknowledge her, Seo Jae Myung informs the crowd that after endless searching, he found his best friend’s daughter and that he’s glad for her safe return.

Jae In challenges, “Is that so. I thought you were uncomfortable with my return” to which Seo Jae Myung answers, “How is that so. You must have misunderstood. When you are the daughter of my one and only best friend.” Tension runs at an all-time high as Jae In continues to challenge Seo Jae Myung publically.

In Woo asks Jae In how far she plans to go in this war with his father and then surprises Jae In by asking how he could help. He declares, “You once told me to back off if I’m not planning to help you. When I said I couldn’t live without you before, it wasn’t just talk. So I decided to be on your side. I feel this is the only way we can finish this situation as fast as possible.” Jae In responds, “Be on my side? What can you possibly do for me,” and In Woo simply says, “What can I do.”

Jae In coolly tells him, “You show me…In front of your parents. How can you show your parents that you are on my side and knock them off in one blow.” Then In Woo leans in for a kiss…in front of his parents…and Young Kwang. The passionate kiss – well, it was for In Woo, not so much for Jae In – was considered so intense that KBS deemed it necessary to raise the suggested age limit from 15 to 19 for this episode.

“Glorious Jane” came in second place in the Thursday night ratings race with 15% (AGB Nielsen), a slight increase from its previous episode’s. Jang Hyuk’s “Tree with Deep Roots” came in first with 21.9%, and Lee Ji Ah’s “Me Too, Flower” recorded 6.1%.

Have you checked out the recaps for Jung Woo Sung’s latest drama “Padam Padam?” Read it here on soompi.com!