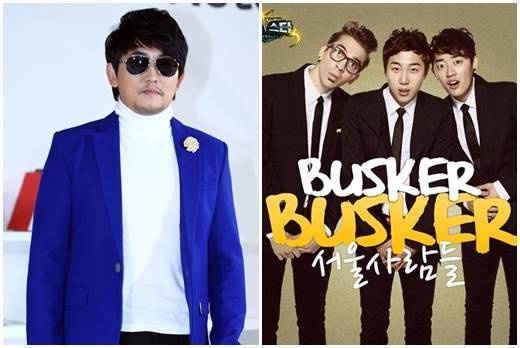 The Super Star K3 finalists Busker Busker made their first appearance after an Mnet boycott period. After the Mnet audition program, the band had first declared they needed time to reflect about their future, but it turned out that they decided not to take part in Mnet activities, unlike the other finalists.

Regarding this, one of the judges on the show, Lee Seung Chul, expressed his doubts during a press conference on December 15 and said, “Busker Busker made its name through Super Star K3. If they want to give something in return they should do something for at least 1 year, like appearing in TV shows or holding concerts. For the love they received, they should sacrifice themselves.”

On December 17, the band appeared on the stage for the first time at the “Super Star K3 Top 11 Concert.” Jang Bum Joon and Kim Hyung Tae made the opening stage with performances they had never done before and never lost their smiles. Sadly, Brad, the drummer, did not turn up for personal reasons.

The band never commented about the boycott period, but Kim Hyung Tae said, “My hands are shaking. It is the first time we are singing with a cordless microphone and it is so cool. I feel like an early adoptor.”
They perfomed various songs like their first single, “Seoul People.”