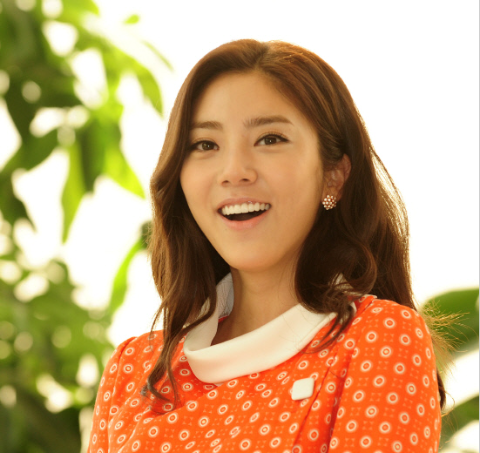 Earlier today, Son Dambi was at the MBC Dream Center for the press conference of her latest drama “Light and Shadow” with co-stars Ahn Jae Wook, Nam Sang Mi, Lee Pil Mo, and others. During the Q&A session, Son Dambi was asked about her feelings now that her ex-make-believe husband Marco tied the knot for real. Son Dambi and Marco appeared in the first season of popular variety show MBC’s “We Got Married (WGM)” and were known as the “killer couple” for their amazing looks.

Son Dambi replied, “I received the wedding invitation from Marco oppa, but I couldn’t make it because of my busy schedule.” She added, “Many people believe that ‘WGM’ couples actually start dating each other, but that is definitely not the case.”

She continued, “Marco oppa is very innocent and nice, and I fully engaged myself in that side of him during the recordings. Many people continue to connect me to Marco, but there is nothing between us. However, I am sad I couldn’t make it to his wedding. I hope they live happily ever after.”

Son Dambi with Marco in “We Got Married”

Marco and Ahn Si Hyun at their wedding ceremony

Marco
We Got Married
How does this article make you feel?