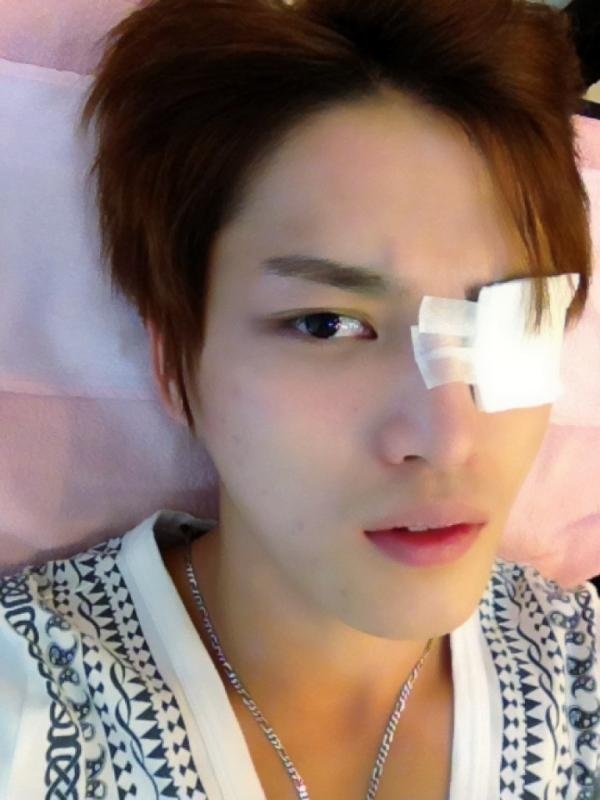 On December 20, JYJ’s Jaejoong shared a shocking photo of himself with bandage on his eye. The exact reason for the bandage or the type of injury is unknown at this point.

In the photo, the star singer is seen lying down with bandage over his left eye. His slightly bleached hair is a bit different from the style he sported on his latest drama, “Protect the Boss.” It’s unknown when/how he injured himself.

Jaejoong’s last public appearance was in Shanghai on December 10, where he held a solo fan meet in response to the love his Chinese fans showed him for “Protect the Boss.” More than 4,000 fans showed up to greet the star singer/actor.

We’ll keep you updated and hope he recovers soon!