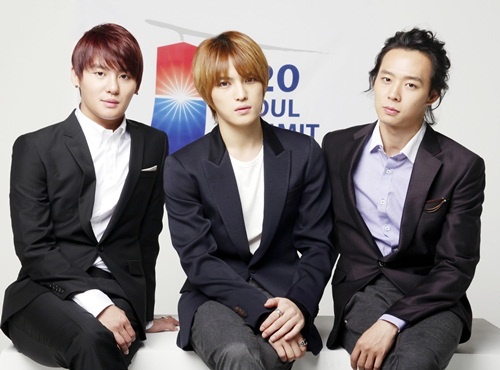 JYJ’s Jaejoong finished recording for the KBS radio show, “Choi Kang Hee’s Night Flight,” on December 22, signaling the end of the unofficial ban put on JYJ from appearing on any KBS broadcasts.

Ironically, Jaejoong’s first appearance on KBS since his withdrawal from DBSK in 2009 coincided with Wednesday’s report that found evidence of SM Entertainment interfering with JYJ’s Korean activities over the last two years. The report said the Korean Fair Trade Commission has found SME guilty of obstruction charges and will be fined for it.

Former DBSK members Jaejoong, Yoochun, and Junsu had a contract dispute with SM Entertainment in 2009, which resulted in their withdrawal from the group and formation of JYJ. But due to their legal dispute, JYJ has not been able to appear in any music show programs or radio/variety shows. They were only able to make sporadic appearances on TV drama series.

If Jaejoong’s radio appearance does get aired on KBS Radio, it would be a groundbreaking event for the JYJ in making its comeback to the country’s largest network channel. We’ve seen some of their recorded shows get cancelled at the last minute, so it remains to be seen if it will get released. The radio show featuring Jaejoong is scheduled for December 25.

Jaejoong
Ji Sung
Junsu
JYJ
Protect the Boss
Yoochun
How does this article make you feel?