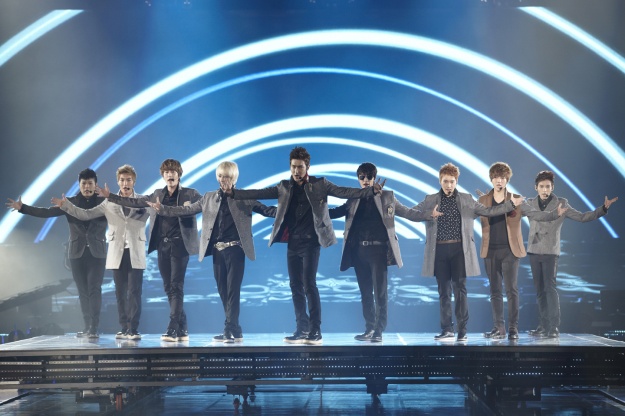 Due to a slight change in schedules, concert organizers Running Into The Sun and Conceptual announced that Super Junior will perform their latest world tour “Super Show 4” in Singapore on February 18, instead of February 17 as confirmed previously. Ticket sales will start in early January 2012, with further details to be announced shortly.

“As everyone knows, Super Junior’s touring schedule is formidable. With the slight change in schedules, we hope this is a blessing for fans as the show is now on a Saturday,” said Beatrice Chia-Richmond, Creative Director of Running Into The Sun.

Super Junior has led the Korean Wave to reach a global phenomenon. “Super Show 4” was launched in Seoul on November 19 and 20. Singapore will be their fourth stop, after Osaka and the upcoming Taipei show. Singapore audiences can expect an up-close performance on a stage that is “even more dynamic and on an even bigger scale than ‘Super Show 3,'” as mentioned by the group’s leader, Lee Teuk.

With the impending ticket sales, ELFs have been flooding the Facebook wall of Running Into The Sun with requests for a second night to be added as they are worried that the show on February 18 will sell out within two hours just like “Super Show 3,” which took place earlier this year. It is certainly commendable that tickets for the two nights of “Super Show 3” were sold out in a matter of hours, during priority sales for credit card users under the official sponsor. Hint: it has been the same bank-partner for many past concerts organized by Running Into The Sun �de42 Good luck to all ELFs and Merry Christmas!

All image credits: Running Into The Sun.