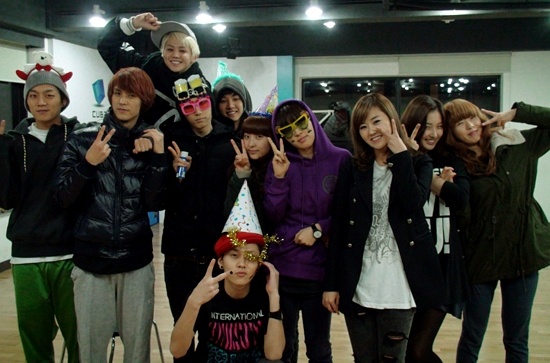 Cube Entertainment (BEAST, 4minute, and G.NA) will reveal their new boy group early in the year 2012. On December 26, Cube Entertainment gave out awards for their singers and also talked about the plans for next year.

Cube Entertainment’s CEO Hong Seung Sung stated, “We are planning to debut a 7-man group either at the end of January or the middle of February. They are the ones who are currently mentored by Jo Kwan Woo on JTBC’s Sitcom ‘I Live in Cheongdam-Dong.’ Some of the singers on the show will actually debut as real singers.”

Cube Entertainment explained that the new group will consist of individuals that are skilled in vocals, rapping, and dancing. The new group has prepared for a long time.

Cube Entertainment also stated, “Besides the 7-man team, another performance group that consists of members from various nations will also debut in Asia.