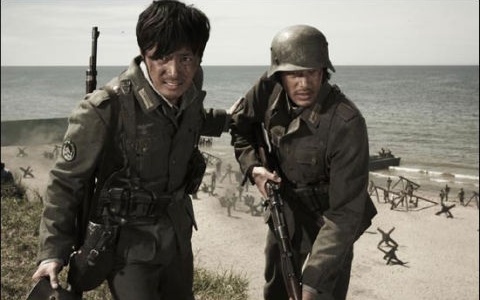 Featured Film of the Week: My Way

Based on a single photograph of a young Korean man who was drafted into the Japanese army but forced to fight for the Soviet and German military during World War II, “My Way” is Korea’s most expensive film to date. The movie portrays the tragic destiny of two men, Kim Joon Shik (Jang Dong Gun) and Tatsuo Hasegawa (Joe Odagiri), during the Japanese colonial period. The story begins when the two were high school students that grew up as fierce rivals – both were marathon runners aspiring to run at the Olympics. After a series of unfair events, the Japanese government sentences Kim Joon Shik and other Koreans to serve in the Japanese army. Joon Shik and Tatsuo meet again, much to each other’s displeasure when World War II breaks out, and Tatuso is sent as captain of the Japanese military. During the midst of the war, which takes them across China, the Soviet Union, and Germany, the two become POWs and ultimately become each other’s hope for survival as they escape together.