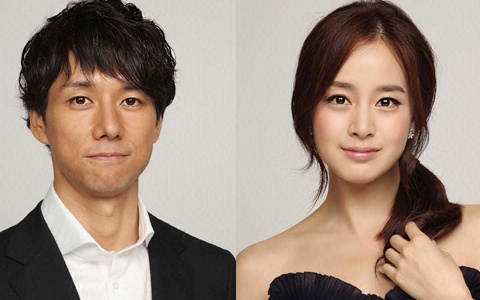 Kim Tae Hee‘s Japanese drama “Me and My Star’s 99 Days” recovered their pride on the last episode by recovering an overall viewership percentage on the double digits.

The drama is about a Hallyu star that plans to debut in Japan for two purposes: 1) To become famous and successful 2) To find her long-lost brother.

Kouhei, the bodyguard played by Nishijima Hidetoshi, and Han Yuna, Kim Tae Hee’s Hallyu Star Character, have a fateful encounter at the airport, and after many events, Kouhei becomes Han Yuna’s bodyguard.

Kouhei is an ordinary salaryman working at a security company. He stays at home to take care of three of his sister’s kids. His sister is an immature lady, and always runs off out of of the country with her boyfriend.
On the other hand, Han Yuna commences a drama project with a famous actor, Takanabe Yamato, played by Sasaki Kuranosuke, who later falls in love with her.

Kouhei finds out about Han Yuna’s plan to find her brother, Taesung, played by 2PM’s Taecyeon and helps her find him. Han Yuna falls in love with Kouhei for his thoughtful actions, and confesses her feelings by kissing him. However, a black-mailing reporter snatches a photo and threatens to release this photo unless he gets 10 million yen.

On the other hand, Han Yuna then gets an offer from a Hollywood movie production. Since the bodyguard scandal would hurt her image, Takanabe Yamato meets up with the reporter secretly to give him a photo of his past self, when he was an obese child. However, the reporter refuses and commands him to start another scandal. Takanabe Yamato forcefully kisses her, which covers up the bodyguard scandal.

On the last episode, Han Yuna leaves for Hollywood and parts with Kouhei. However, Han Yuna successfully gets the role in the movie audition, and comes to Japan a month later, which subtly hints at a happy ending with her and Kouhei.

I personally recommend this drama–it is very interesting, and quite refreshing to see Kim Tae Hee fluently speaking Japanese!

hidetoshi nishijima
Kim Tae Hee
Me and My Star's 99 Days
How does this article make you feel?