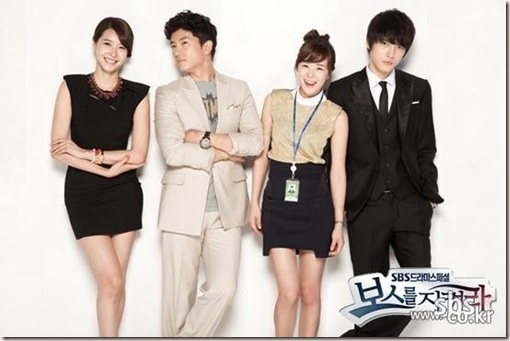 "Protect the Boss" Cast Shows Off Funny Pictures from Get-Together

JYJ’s Jaejoong, along with his fellow “Protect the Boss” cast members Choi Kang Hee, Ji Sung and Ha Jae Suk displayed the close ties they built on set while filming the drama. Photos uploaded by director Song Jung Hyun show him and the actors at a year-end get-together.

In one of the pictures, the young idol is shown sticking out his lips to playfully plant a kiss on Choi Kang Hee’s cheek. Other photos show the cast members making funny gestures with their drinks, their glasses, and utensils.

Netizens who have seen the pictures commented, “Thank you for getting them together, Director Song,” “It is nice to see you all still close even after the drama,” and “No, Jaejoong, don’t stick your lips out!”