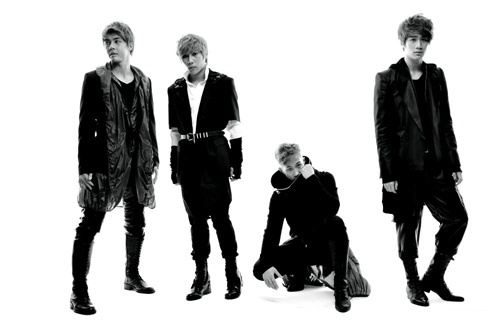 Four-member, all-male rookie group F.I.X is getting popular even before their official debut. How? We can say that Super Junior member Eunhyuk helped a little bit. Eunhyuk appeared in F.I.X’s first single MV “Please Don’t Say“, teasers of which are available online, and fans showed a warm interest.

On December 15 the group published the first teaser on their YouTube channel and Facebook page, the second teaser was online on December 28, as well. The full track and MV will be officially released on January 4.

Both teasers registered many good comments from Korean and overseas fans that showed their curiosity on the new idol group and they expressed their expectations for the full song and album. F.I.X showed themselves only in the second teaser where you can finally listen to a few lines of the song with sad lyrics and strong chorus.

F.I.X’s company, The Groove Entertainment declared, “Every member worked hard to conquer the fans’ affection in this music market dominated by talented idol groups. We are thankful to the fans who understood this point before F.I.X’s debut, so today the group will perform for the first time before their official debut.”

F.I.X
Please Don't Say
How does this article make you feel?