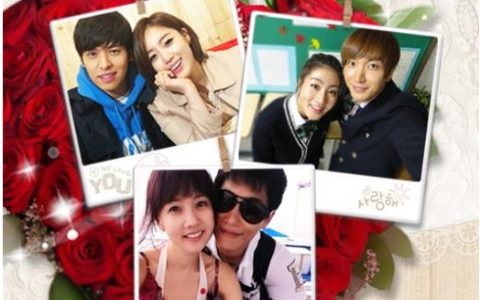 The Best Couple Award on “We Got Married” Goes to…

In the upcoming episode of “We Got Married (WGM),” MBC will air a special episode featuring the three of the most popular WGM couples in 2011. In the episode, viewers will be able to relive all the happy, funny, and quirky times the couples spent in 2011, followed by a year-end WGM awards ceremony.

Some of the humorous titles that will be awarded to the cast include “Best Jealousy Award,” “Best Sound Award,” “Best Tear Award,” and many more. The most coveted award of the night is, of course, the “Best Couple Award.” This award, along with a nice and luxurious gift, will be presented to the most lovey-dovey couple of the day. The MCs of the show will personally visit each couple to witness their mushiness firsthand before choosing the “Best Couple.”

In order to win the award, all the couples brought their A-game. Many of the fans are getting impatient to find out which couple – Leetuek & Kang Sora, Lee Jang Woo & Ham Eun Jung, Kim Won Joon & Park So Hyun, and other – will win the title.

Meanwhile, a close source of Ham Eun Jung revealed, “Eun Jung has another man, besides Lee Jang Woo, who she keeps in touch with,” in the upcoming episode, putting Eun Jung in a sticky situation with her make-believe husband.

Which WGM couple was most memorable for you?

Kim Won Joon
Lee Jang Woo
Leeteuk
Park So Hyun
We Got Married
How does this article make you feel?