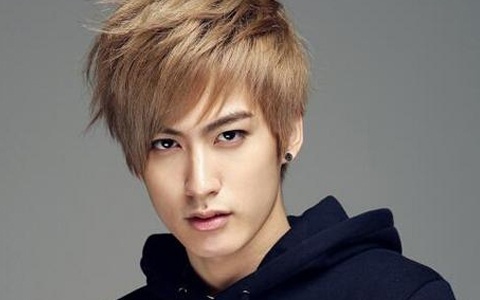 It is very curious as to why Block B’s presence was not seen in the year end shows. It’s not as though rookie groups were shunned from attending. MTV “Match Up” show-mates B1A4 and fellow rookie group Boyfriend were allowed to perform. Most would argue that Block B is just as talented as any other current rookie group. The boys on the block have even taken second place in Daum fancafe rankings for rookie groups in 2011. No doubt the boys are quite popular, though they unfortunately were unable to secure a spot. Despite it all the members continue to be a class act as they are modest and taking the blame upon themselves.

Recently, Block B’s Jaehyo addressed the issue by posting a message to his Twitter account. In his Tweet he expressed his own disappointment while he tried to comfort fans, “I will just close my eyes and cover my ears so I won’t see or hear anything. I hope that next year will be the year of Block B! See you all soon at Lotte World~”.

He continued, “I am truly sorry that we were unable to be on TV for the end of the year. Our fans are really the best and are always there to support us. It is because our performance has been lacking that this has happened. I am sorry. Next year, we will work even harder than before, so you will be able to see us at the end of the year shows!”

Block B is currently preparing for their comeback. According to leader Zico, the album will be released soon with in either January or February. What are your opinions on Block B? Why do you feel Block B was overlooked by award shows?

Block B
Comeback
Jaehyo
twitter
Zico
How does this article make you feel?