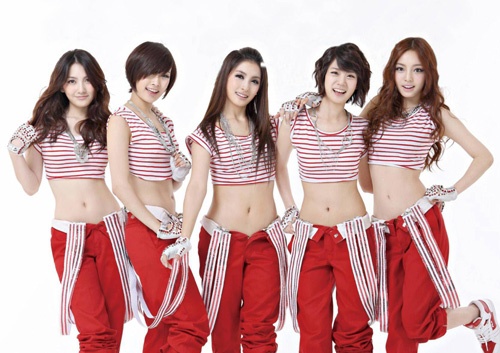 Kara performed both “Jet Coaster Love” and “Mister” on the show. When it was time for them to sing “Mister,” they tore off their skirts to do their signature butt dance to “Mister.” Underneath their skirts were short hot pants that revealed their abs and legs.

Kara’s leader Park Gyuri stated, “Appearing on Kohaku Uta Gassen was a goal of mine since I was little, it is such an honor to appear on the show.”

Netizens that have come across the pictures of the performance stated, “Everything is nice but their wardrobe is horrible. I thought they were a 80s ballet troupe,” “You would never see attire like this on a Korean show.”

KARA
kohaku uta gassen
How does this article make you feel?