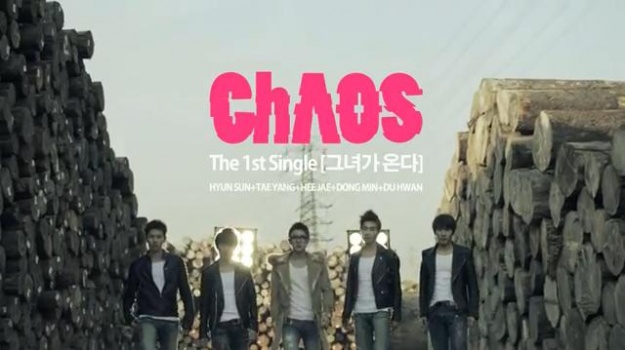 Chaos Releases Four Teaser Videos for "She is Coming"

Rookie group Chaos has unleashed four teaser videos for their title track “She is Coming“.

The first three teaser videos include part of the song and introduce just the names of the band members. The fourth teaser video presents scenes with a dark and mysterious feel while all five members gather together. The five members are: Hee Jae, Dong Min, Hyun Sun, Du Hwan and Park Taeyang, the last being criticized for using his real name “Taeyang” due to confusion with Big Bang‘s Taeyang.

Their song “She is Coming” is a rock ‘n’ roll track with strong beats and guitar riffs combined with the powerful and attractive voices of the members. Their debut album is titled “Last Night” and they will be releasing their debut single online on January 6.

Check out the four teasers videos below!