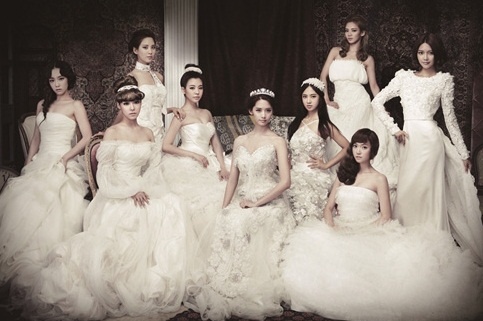 SNSD’s maxi single, “The Boys,” was introduced as the first pick of the year on U.S.-based radio station, KIIS-FM. Featured in the weekly “JJ Music Monday” segment, KIIS-FM described the single as, “The new maxi single has 8 tracks and features remixes and features from big time artists including Snoop and Clinton Sparks.”

It went on to talk about K-Pop as a whole, quoting its Assistant Program Director and Music Director, Julie Pilat. She said, “The K-pop movement…has been spreading like wildfire worldwide thanks to Facebook, Twitter, and YouTube; Girls Generation is definitely a group to keep an eye on for 2012.”

“K-pop is an interesting phenomenon. In South Korea talent agencies go into the schools, find talent, and make them part of an apprenticeship program. Over several years the talent agencies nurture girl groups, boy bands, and solo artists in the K-pop industry overseeing the lives and careers of trainees through choreography, vocal lessons, and studying multiple languages while attending school,” she added.

SNSD is scheduled to release their special album on January 17 in the U.S., Canada, the UK, and France, which includes the Korean and English remix versions of “The Boys.” You can read the full post here.

Snoop Dogg
The Boys
How does this article make you feel?