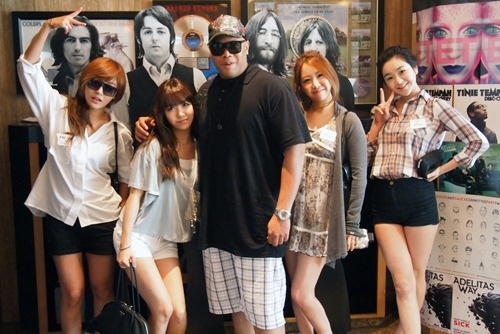 JQT to Debut with Lady GaGa and Akon’s Producer in the U.S.

Girl group JQT will organize and prepare for a U.S. debut in the latter half of this year.

JQT has been preparing for a U.S. debut starting from last year, ever since they have been chosen by American producer Melvin Brown, who has worked with top artists such as Lady GaGa and Akon. Recordings for two dance tracks and one ballad track have been completed, and currently, they are working out the exact debut dates.

Sources from JQT’s management stated on January 4, “JQT will be prioritizing radio broadcasts and concerts in America. They will debut with a trendy, club dance track. It has been produced by Ray & Renny, who have also worked with Akon, T-Pain, Lady GaGa and more.”

JQT will finalize their contract with Capitol Records and prepare for their overseas activities. Late last year, former member Min Sun had left and been replaced with a new member, Jin Kyung.

It has been revealed that Melvin Brown has been quite generous and supportive of JQT’s U.S. advancement. Sources from JQT’s management say, “Melvin Brown has covered all expenses related to album production and promotions. It’s almost burdensome to see how much fondness he is pouring out to us.”

JQT
Melvin Brown
How does this article make you feel?