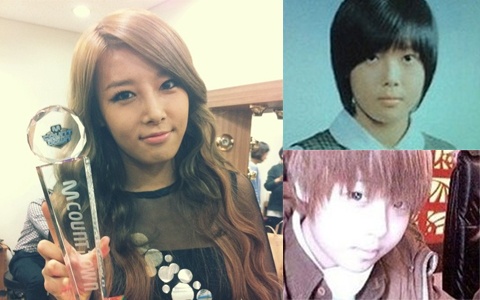 Wonder Girls‘ rapper, Kim Yubin, is known for her charismatic and feminine image.

Her pre-debut photos have recently surfaced on an online community board and show a drastic difference! Titled “Yubin’s shocking past,” the pictures are spreading across the Internet quickly, showing Netizen’s curiosity of her past with a tomboy image.

In great contrast to her Wonder Girls’ look, Yubin shows a less feminine image with a short hairstyle. In her graduation photo (right), fans can recognize her signature tanner skin and bright, big eyes.

Netizens show a positive and surprised reaction, commenting that Yubin grew up well with the handsome image. Others stated that they enjoyed her short hair, and she looks the same as she does now.

What do you think of Yubin’s pre-debut image? Do you think she pulls off the tomboy look?

Check out more pre-debut photos and some post-debut to compare!

Pre-Debut
Wonder Girls
How does this article make you feel?