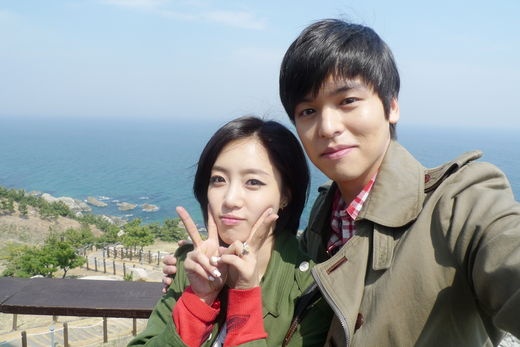 MBC "We Got Married" Couples Set to Be Completely Replaced

There is the old saying that “All good things come to an end” and in the case of “We Got Married,” “All good couples come to an end.” According to sources, it appears that the show is set to replace their current set of couples for a completely new set of couples. The good news (If you are a Super Junior fan that is) is that it’s looking likely that the new couples will have a strong Super Junior presence.

Some might remember a few weeks ago on “We Got Married,” the episode involving Kang Sora going to the Super Junior concert and making a small deal with the other Super Junior members to prepare a small event for Lee Teuk. In case you didn’t watch the episode, here is a short recap by one of our writers.

Anyway the deal was that Kang Sora would introduce the Super Junior members to 4 actresses for a short date. It looks like this will be the basis for the new couples. Super Junior’s Eun Hyuk, Dong Hae, Sung Min and Kyu Hyun recently had a short date meeting with 4 rookie actresses. At the end of their meeting, they each had to pick the person they liked. The people that ended up picking each other will form the new couples for the show.

According to an MBC official, “We don’t know exactly how many couples we will end up with but two teams of couples were chosen during the short date meeting. The new couples will go on dates and go through the various stages of dating, eventually joining ‘We Got Married” as permament couples.”

Just when this couple was getting really interesting

Regarding the current couples, the official had this to say “The current “We Got Married” couples will be completely replaced as the new couples come into the show. Park So Hyun – Kim Won Joon and Lee Jang Woo – Ham Eun Jung couple looks to be leaving the show soon.”

Nothing was said about Lee Teuk and Kang Sora, but with Kang Sora soon to become very busy with her “Dream High Season 2” commitments and Lee Teuk expected to enter into national service sometime this year, it looks likely that they will leave the show soon as well.

I’m going to miss this couple.

According to a “We Got Married” staff member, “However the current couples on the show has a positive response with viewers. Because it wouldn’t seem bad to have cast a large group of members from a specific group, we are planning to start this in stages and watch what the responses are.”

In regards to when they plan to change couples, the staff member stated that “We are still undecided as to when we will be changing the couples.”

Such a short term couple, feels like we haven’t seen enough of them yet.

Personally it does indeed sound a bit risky to be replacing all the couples with Super Junior members. “We Got Married” has already alienated some of it’s older fans by placing too much focus on Lee Teuk – Sora lately, eschewing the amount of air time in such fashion that the other 2 couples got less than 50% of the total air time combined.

So what do you think? Is replacing the current couples with a full list of Super Junior members a success formula or is it an act of desperation to garner more short-term interest in the show? Sound off in the comments below

Kim Won Joon
Lee Jang Woo
Park So Hyun
We Got Married
How does this article make you feel?