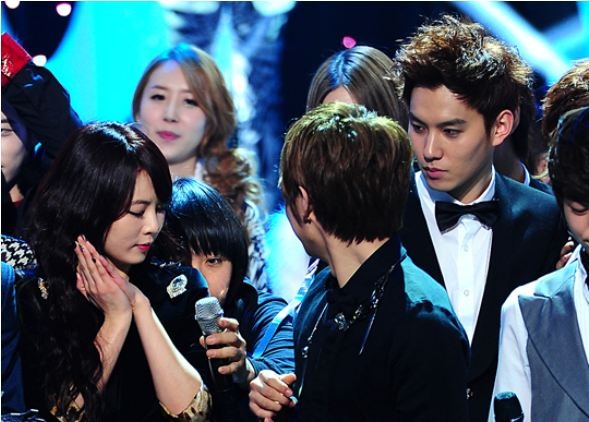 On this episode which was broadcast live, HyunA and Hyunseung‘s “Troublemaker” snatched the first place award. The MCs were BEAST’s Yoon Doojoon and actor Lee Hyun Woo.

Troublemaker members were about to give their acceptance speech when Park Taeyang was spotted on the reporters cameras, not leaving HyunA’ sight. It seemed that the Chaos member couldn’t take his eyes away from HyunA, which didn’t escape netizens sharp eyes as usual.

Watch Doojoon’s sexy dance with Lee Hyun Woo and his own version of Trouble Maker below.

What do you think? Is Park Taeyang a HyunA fanboy?