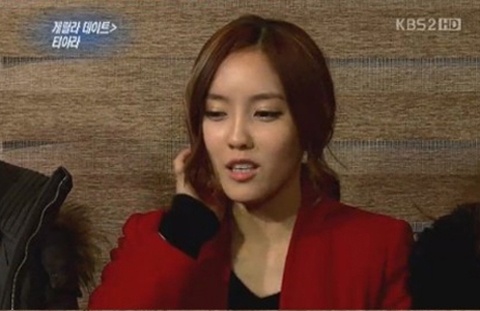 T-ara’s Hyomin Reveals She Is Balding

T-ara’s Hyomin revealed that she has been losing hair, causing many fans to worry about her busy schedule.

In a recently aired episode of KBS 2TV’s “Entertainment Weekly,” Hyomin informed the public about her health through an interview. During the interview, the members of T-ara confessed that they haven’t been in the best health condition lately due to their hectic schedules. Whenever they would Tweet about being tired or under the weather it would make their fans worry.

Hyomin reported her symptoms, “I am beginning to lose my hair now. Though fortunately for me I have thick hair, so it isn’t that noticeable. I am trying my best to eat enough protein.”

Fellow member Soyeon commented saying, “Because we tell fans that we are often sick, our fans are so worried about us. But in reality we are fine.”

Not long after the episode was broadcast, netizens began to show their concern for the group, “T-ara! Stay strong!”, “Hyomin must be under much stress, that’s why she is losing her hair,” and “Perhaps they are really tired, they need to sleep more.”

From now on, be sure to fit in eating well and plenty of sleep in your schedule also T-ara!