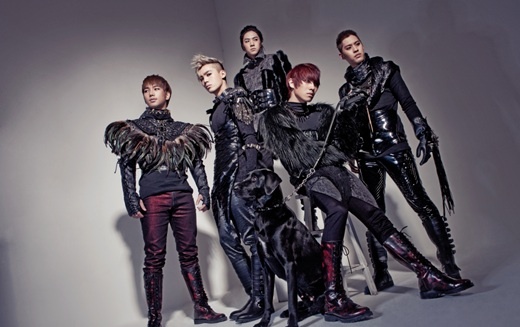 On January 10, MBLAQ’s fourth mini-album “100% Ver.” was officially released. Even before the release, the album has been a hot topic; and since its release, it has continued to gain enormous popularity. The title of MBLAQ’s latest album has many meanings. “100% Ver.” stands for how hard MBLAQ prepared for the album – that they are back 100%, put 100% into perfecting the album’s quality, satisfied 100% with the result, and are making their comeback with 100% confidence.

J. Tune Entertainment stated, “Over the weekend, the printing company will have to print more CDs due to the fact that we have surpassed 40,000 albums during the pre-order period alone.”

As soon as the group unveiled their music video for “It’s War,” they easily became the most searched on many search engines. As of now, the song “It’s War” has taken the top spot on several major music charts. It is clear that the title track is instantly becoming a smash hit.

MBLAQ will appear on MNET’s “M! Countdown” January 12, where they will have their first comeback performance.

J. Tune Entertainment
MBLAQ
How does this article make you feel?