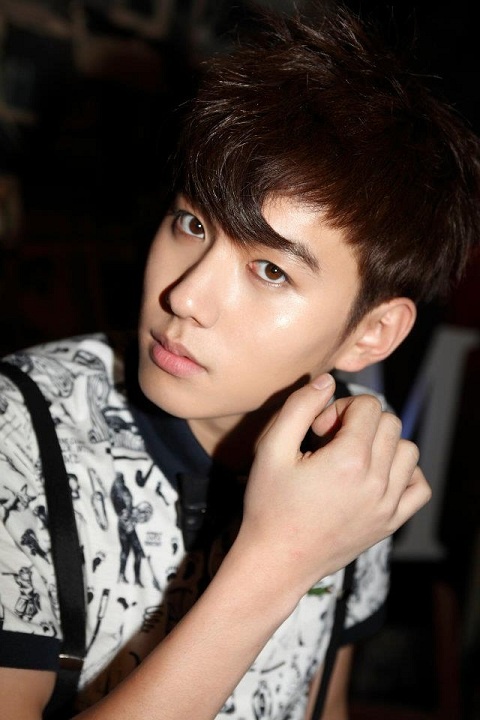 Chaos Park Taeyang Is Close with Other Celebrities

Rookie boy band Chaos’ Park Taeyang has already been under the spotlight for having the same name as Big Bang’s Taeyang. This time around, he has aroused netizens’ interests by showing off his close relationship with celebrities via photos on Chaos’ official Facebook page. In two of the photos, Park Taeyang is posing the Asian trademark V sign with Troublemaker’s Hyunseung and HyunA. In another, he’s with Teen Top’s C.A.P. Lastly, other Chaos members joined him to smile for the camera with Dynamic Duo.

Netizens commented, “It’s only been a week since they debuted, yet they’re close with other celebrities already?” “They must be very outgoing, making friends already,” and “I wonder who they’ll be friends with next week?”

Chaos released their debut single “She Is Coming” on January 6 and gathered quite a large fanbase both at home and abroad.