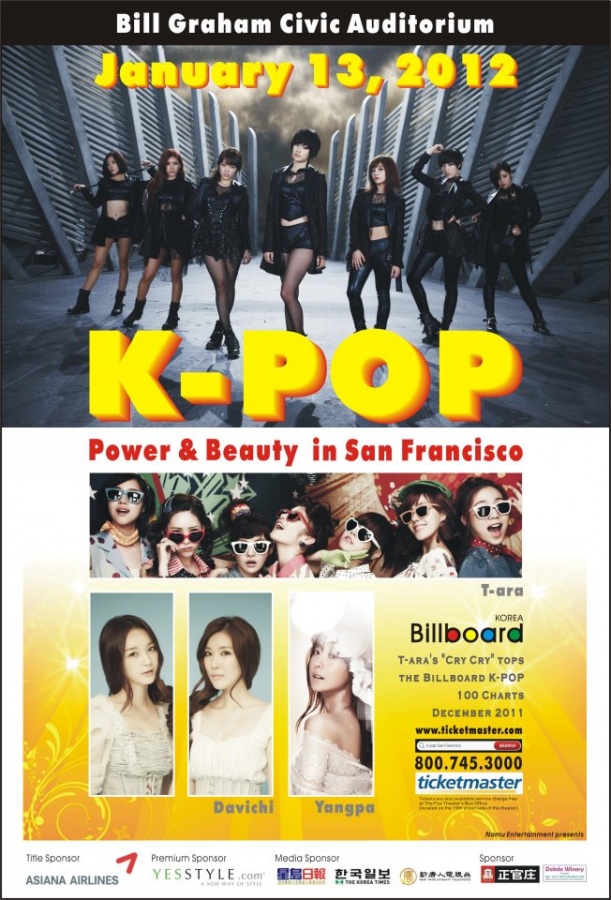 Visa Problems for T-ara, Davichi, and Yangpa Is the Reason for Delay of the "K-Pop Power & Beauty" Concert

As we reported earlier the San Francisco “K-Pop Power & Beauty” concert that features the Core Contents Media artists T-ara, Davichi, and Yangpa was postponed to April 22. All 8,000 tickets for the concert were already sold out. The website stated that the concert was postponed because of “injury.”

Star News recently revealed that the reason for the delay was due to the fact that the singers did not have visas for performing in the U.S.

Davichi
Me2soompi
T-ara
Yangpa
How does this article make you feel?