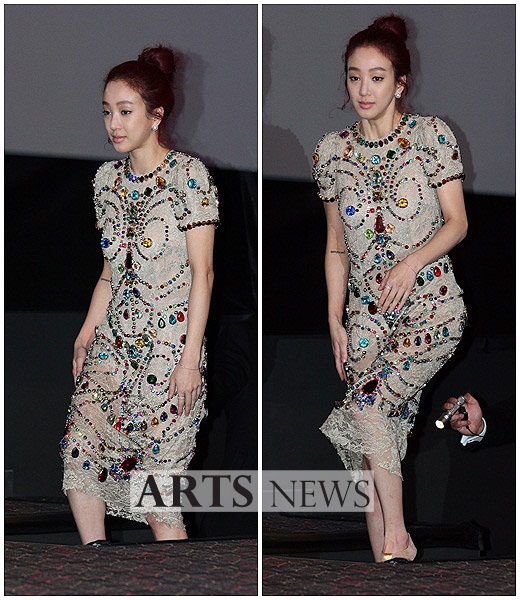 Jung Ryeo Won appeared on a recent recording of KBS “Happy Together 3” and discussed the adversity she had to face as a singer-turned-actress.

“When I first started acting, I wasn’t allowed to put on as much makeup as the main actress. I wasn’t even given the same type of lighting, which made me appear darker than others,” the former Chakra member said.

“Even when I voiced my opinion, the producer would just ignore me like, ‘Jung Ryeo Won’s opinion doesn’t matter.’ It made me harder to express myself in acting, too,” she said. “As it grew tougher for me to act properly, the lead actress told me I didn’t have the passion for acting. So I promised myself to be nice to my supporting actors when I earn a lead role.”

She also shared a story about a director who rejected her as an actress for having too much of a singer-image, but later came back to ask her for a lead role.

Jung Ryeo Won first debuted as a member of idol group Chakra in 2000. She dropped out of the group in 2004 to fully commit herself in acting. She shot up to fame through MBC drama “My Name Is Kim Samsoon” in 2005, and is now busy promoting her new movie, “Never Ending Story.”

Chakra
Jung Ryeo Won
My Name Is Kim Sam Soon
How does this article make you feel?