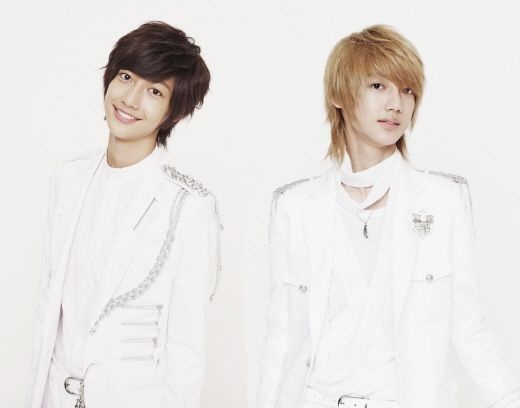 Boyfriend’s twin members Youngmin and Kwangmin are currently sporting new hairstyles. Their disheveled locks appeared on popular social networking sites Facebook and Twitter. Netizens quickly caught on and wondered what the fashionable and radical haircut is for.

Local news agencies revealed that the chic hairstyle of the twins is for an upcoming issue of Allure Magazine in which they will have a photo shoot feature. The new hairstyle received comments from netizens such as “Cool,” “We’re good to go with that hairstyle,” “Such a dandy,” “Handsome,” “Oh so good,” and other positive comments.

Meanwhile, Boyfriend has just bagged the Best Rookie Award on the second day of the 26th Golden Disk Awards, held at the Kyocera Dome in Osaka, Japan.

Boyfriend
Kwangmin
Youngmin
How does this article make you feel?