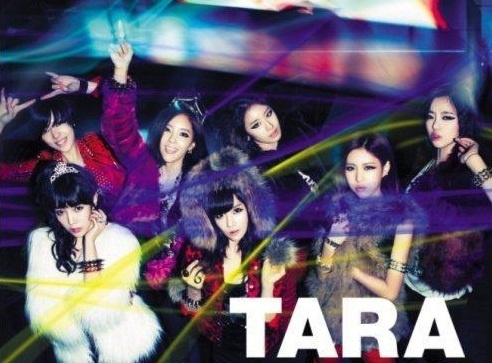 Girlgroup T-ara made it on America’s Billboard for the K-Pop charts!

The results from the Billboard on January 13 revealed that T-ara’s title song “Lovey Dovey” from the new mini album is number one on “K-Pop’s Hot 100.” T-ara knocked off IU, who was number one for five weeks straight. Quite an achievement!

This is the second time that T-ara has made it onto the Billboard’s charts in first place. Just last month, the song “Cry Cry” was another hit. And this time around, T-ara has the potential to stay in the top 3 slots.

In other news, T-ara is garnering attention for their “shuffle dance syndrome.” Although some members are busy with acting and other activities, they have been practicing shuffle dance for the past two months to show off a new transformation.

T-ara’s new song “Lovey Dovey,” composed by Shin Sa Dong Tiger, is an upbeat electric dance song, and is now number one on not just the Billboard, but also on music sites all over the web. Congratulations on your achievement girls!

IU
BEAST
Billboard K-Pop Hot 100
Dynamic Duo
HyunA
T-ara
Trouble Maker
You and I
How does this article make you feel?