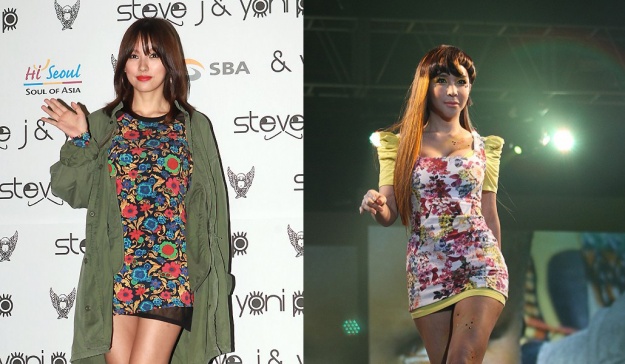 Lee Hyori Thanks Harisu for Helping Out at The Animal Shelter

On January 12, Lee Hyori tweeted the following message to Harisu :

“Unnie~~It’s Hyori, it’s been a while~^^ I heard that you volunteered at the animal shelter and
even donated food. It’s a very poor area, there’s not enough food for the dogs and there’s very few volunteers going there regularly. It made me really happy to know that you volunteered and gave of your time and helped a lot~ Let’s go together to the shelter next time Unnie~^”

Harisu who recently visited the animal shelter of Gyeonggi Do Pocheon donated food for the animals.
She also asked for people’s help and generosity on her mini home page. To Hyori’s tweet, she replied :

“Hyori Ah, it’s been a while^^Nice to hear from you~Are you alright? You became even more beautiful^^I don’t really use twitter since i made an account a few months ago, it’s my first tweet in a while! Let’s go together next time! I went with your friend Gun this time^^Still sweet! It’s getting colder, so take care of your health~^^”

Netizens were pleased by their conversation and commented : “Harisu is doing a lot of charity work without telling the press.” and “I hope that everything will go well for both of them.”

Meanwhile, Lee Hyori has been promoting her 2012 Charity Calendar in partnership with KARA (Korea Animal Rights Advocates) which is also available for purchase on iTunes. All proceeds will go to animal shelters.

Harisu
Lee Hyori
Lee Hyori 2012 calendar
How does this article make you feel?