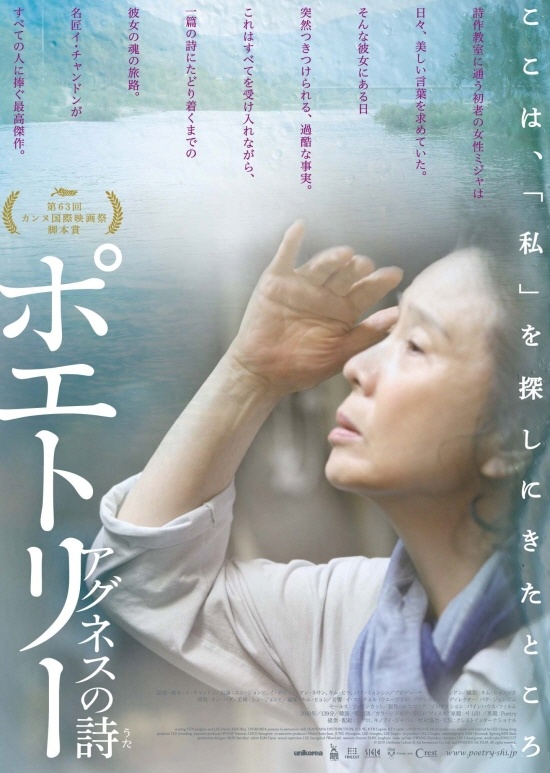 Movie "Poem" Is Set to Be Released in Japan in February

The Korean movie “Poem”, directed by Lee Chang Dong, will be released in Japan on February 11.

On January 16, a representative of Kino Eye Japan stated that, “Starting in the Ginza Theater Cinema in Tokyo, we are planning to release this movie on a national scale.”

For the Japanese release, the Korean title “Poem” will be converted into “Poetry: The Song of Agnes” (ポエトリー：アグネスの詩’).

The Japanese posters and trailers show the heroine of the movie Mija (played by Yoon Jung Hee) and the harsh reality of her life, which are brought to the viewers through series of poems.

This movie has received many good reviews. “The Chicago Tribune” chose it as one of 2011’s best movies, CNN listed it in the top 10 movies of 2011 and it won the Best Screenplay Award at the prestigious 63rd “Cannes Film Festival”. The citizens of Japan are also in great anticipation for this upcoming release.