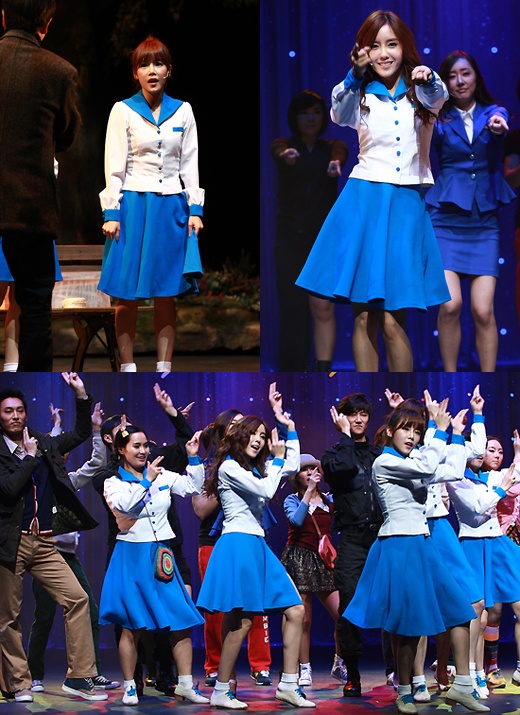 T-ara‘s Soyeon and Hyomin finished their first performance for the musical “Roly Poly.”

On January 15, they performed at the opera house at the Sung Nam Art Center. When asked about their first experience, they said, “Since it’s our first time performing in a musical, we were really nervous but after seeing our parents laugh, we felt good.”

The musical “Roly Poly,” which has the same name as T-ara’s hit title song, is a remake of the music video. T-ara’s Ji Yeon, and other musical actors such as Park Hae Mi, Jang Hae Jin, and Lee Jang Woo have also participated in Roly Poly showcases.

Soyeon, who replaced a SISTAR member, took on the role of Oh Hyun Joo, who is the daughter of a nightclub owner. Hyun Joo is a very prideful girl who also becomes jealous easily because of her playboy father.

Hyomin took on a role previously played by SISTAR’s leader. She portrayed the character Han Joo Young, who grows up in an orphanage and later becomes the head of a violence circle. Joo Young later on changes and leads a new life.

Soyeon and Hyomin expressed that they would like to receive love and praise for performing in a family musical rather than an idol musical.