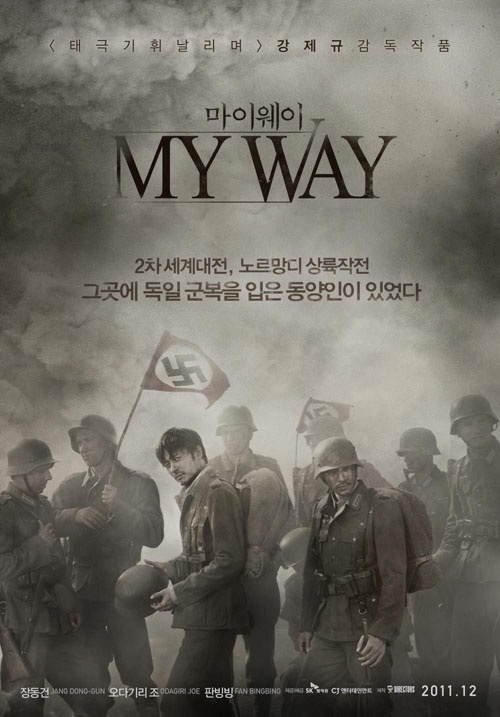 "My Way" Takes the Number 3 Spot in Japan Box Office

Various Japanese movie sites announced that the movie “My Way,” directed by Kang Je Gyu, took the number three spot on its opening weekend for the Japanese Box Office. The movie, which stars Jang Dong Gun, Odagiri Joe and Fan Bingbing, follows the stories of Kim Joon Sik (Jang Dong Gun) and Tatsuo Hasegawa (Odagiri Joe) as they grow up in colonized Korea and are entangled in the complexities of life during World War 2.

The Japanese comedy “Robo G” and “Mission: Impossible – Ghost Protocol” took first and second place respectively. With its strong showing this past weekend, Japanese movie sites are predicting that the movie will continue to hold or move up in the coming days.

Japanese reviewers on the site eiga.com gave the movie 4 out of 5 stars. Reviewers liked the general quality of the movie, and praised Odagiri Joe’s acting, saying that even at a length of 145 minutes, it was never boring.

Take a look at the trailer for “My Way” here:

Fan Bingbing
Jang Dong Gun
My Way
Odagiri Joe
How does this article make you feel?