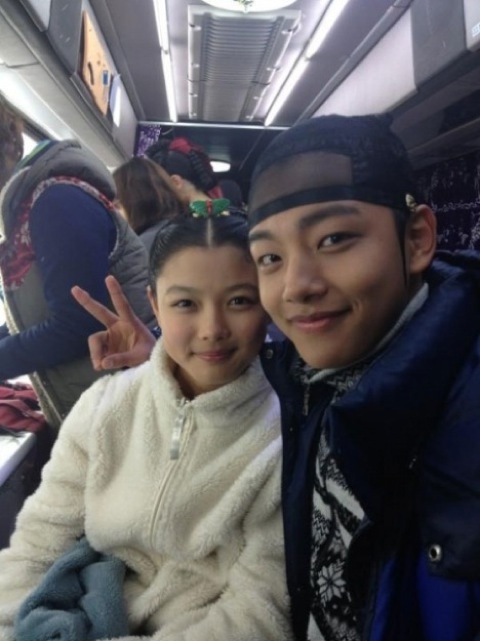 Kim Yoo Jung to Yeo Jin Goo: “Try To Punish Me, You Babo!”

The child actors from MBC drama “The Moon That Embraces the Sun,” Kim Yoo Jung and Yeo Jin Goo, has sparked some interest online for their past twitter conversation.

On January 17, a netizen uploaded on an online community board an image under the title, “What Are You Two Doing?”

Last year, on December 3, Yeo Jin Goo sent Kim Yoo Jung a message, “Yoo Jung, oppa now has twitter now~” to which Kim Yoo Jung replied with a short, “Babo*.” Upon seeing her response, Jin Goo quickly reacted, “Eh, how can you call oppa, babo! You want to get punished?!”

Kim Yoo Jung responded, “Try to punish me~ Punish me~ you, babo~.” Yeo Jin Goo answered her response with a confused, “Hul, how should I punish you?” causing laughter to those who were following their playful banter.

Netizens, too, seemed amused at the two child actors’ twitter conversations. They left comments like, “Jin Goo must be very kind!”, “They have a really good relationship~ They’re so cute I think I’m going crazy,” and “What are you two really doing?”

Meanwhile, starting on January 19, cast members for “The Moon That Embraces the Sun” will change from child actors to adult actors, such as Han Ga In, Kim Soo Hyun, and Jung Il Woo.

*Babo’s meaning is similar to the word “stupid” but in a more endearing fashion.

Kim Yoo Jung
The Moon That Embraces the Sun
twitter
Yeo Jin Goo
How does this article make you feel?