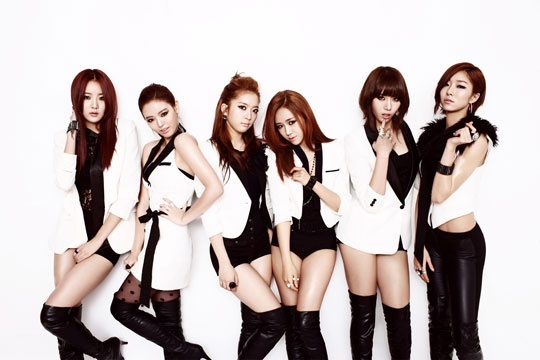 Dal Shabet returns this year with their fourth mini-album titled, “Hit U”. The girls, known for their bright and lively image has transformed into more mature ladies. Their title track, “Hit U” fits this change as it is a hip-hop rock crossover in minor key. Also included in the album is hip-hop number, “Fire it Up”, medium-tempo ballad number, “Chu Ma Boy”, and remixes of “Dream In You” and “Hit U”.

One of Korea’s top vocal groups, Wanted makes a comeback this year with their third album, “Vintage”. After serving in the military and busy working on solo activities, Wanted returns after five years. The members took part in producing, composing, as well as penning the lyrics to some of the songs. The title track is “Going to You”, a love song about moving on after heartbreak. It is of the post-modern British pop genre.

Ali, who has shown her talent through KBS’ “Immortal Song: Season Two” has released a remake album this year. The album includes songs of various genres ranging from tango to hip-hop. The singer has tried to bring out her own colors while staying true to the song at the same time. Some of the songs in this album are Yoo Seung Jun’s “Na Na Na”, Song Gol Mae’s “Lived Without Knowing the World”, and Hae Eun’s “Rain At Dawn”.

Hyo Rin (single) – I Will Love You (released)

Korea’s Beyonce, Hyo Rin (SISTAR) releases a remake single, “I Will Love You” this year. The singer sings about love with her sweet vocals. The song was originally sung by Zoo in 1995. The music video for this song stars trendy couple, Han Hyo Joo and Lee Jeh Hun.

Ballad singer, Tim returns with a new single titled, “Love is Very Bad”. The song was composed by rookie composer, Song Young Ho and is about being unable to forget about one’s love even after breakup. Tim is able to bring out the sadness to this song.

In celebration of Yoon Il Sang’s 21st anniversary as a composer, part two of his special album has been released. This time it features artists Super Junior KRY and JK Kim Dong Wook. The former artist is to cover Turbo’s hit number, “Remebrance” while the latter will cover DJ DOC’s “Remember”.