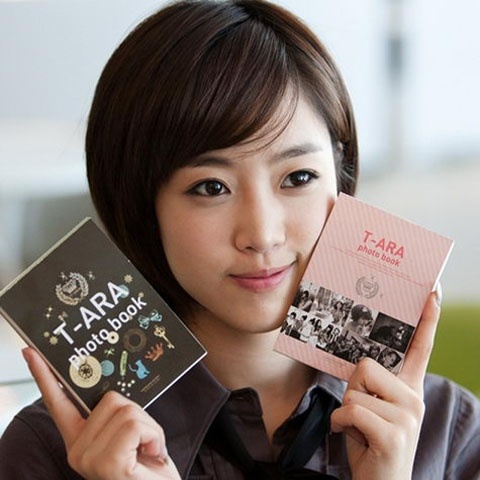 A cosmetic surgery clinic asked 300 people in their 20s and 30s, “Which singer, born in the year of the dragon, do you think will have the most potential this year?” The survey was conducted in Apkujeong between December 27, 2011 and January 20, 2012. T-ara’s Eunjung took first place with 125 people picking her as the person with the most potential this year. After School’s Uee took second place with 62 votes. Kara’s Han Seung Yeon took third (50 votes) and Lena Park took fourth (47 votes). Vetran singer Lee Sun Hee, however, was mentioned as someone that would have a profound effect on the music industry this year. Results like these, speak to the influence that girl groups are expected to hold throughout 2012. Eunjung, for example, is branching out as an actress (appearing in “Queen Insoo“) and appearing in variety programs (“We Got Married“) while also working as a singer. These appearances seem to have endeared her to the general public.

Eunjung’s increased appearances in various TV programs has allowed viewers to become more familiar with her, and as a result, advertising companies are also starting to take notice. The hospital director of the survey commented that Eunjung has a slender, well-balanced face and thought that many advertising companies would be after her for spots. You may remember that in December, 2011, Eunjung was awarded the Rookie Award at the 2011 MBC Broadcast Entertainment Awards Ceremony.

Netizens were somewhat critical of the results, saying, “These types of surveys have no credibility. It’s just that hospital director’s pick,” and “Lena Park is fourth? Can I give her four votes?” Eunjung obviously has a lot of people expecting her to do great things this year. So, let’s wish her luck! Here’s a clip of Eunjung on the “We Got Married” year-end special: