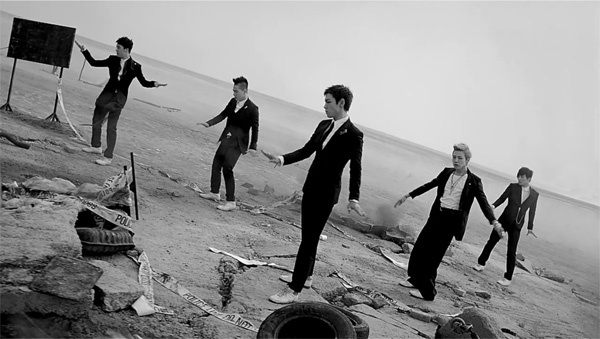 Big Bang’s Comeback in February Expected to Be "Biggest Ever"

Big Bang’s comeback won’t come until February, but strong buzz buoyed by fans’ excitement and a high level of anticipation has already surrounded this piece of news. Even now, the comeback, first announced to have been scheduled in March has pushed forward to a month earlier.

VIPs and K-Pop enthusiasts are even more interested with news that Big Bang’s imminent comeback is going to be “the biggest ever.” Local news agencies report that Big Bang’s management agency, YG Entertainment, is gearing up to mount the biggest ever promotions for the five-member group’s return to the music scene.

The news throws support behind YG Entertainment big boss Yang Hyun Suk’s earlier statement on giving his heart and soul for Big Bang in 2012. “My first priority this year is Big Bang,” he had said. “I have been putting all my concentration towards Big Bang’s songs.”

“The past year was difficult,” local news agencies also quote him as saying. “But thanks to these experiences, we’ve learned more and become more mature.”

It is only a few more days until February so the excitement among fans and music industry watchers alike is palpable. Member Taeyang adds even more fuel to the fire with his tweet (@RealTaeyang) on January 24, saying “THE SUN WILL RISE.”

Big Bang
Yang Hyun Suk
How does this article make you feel?