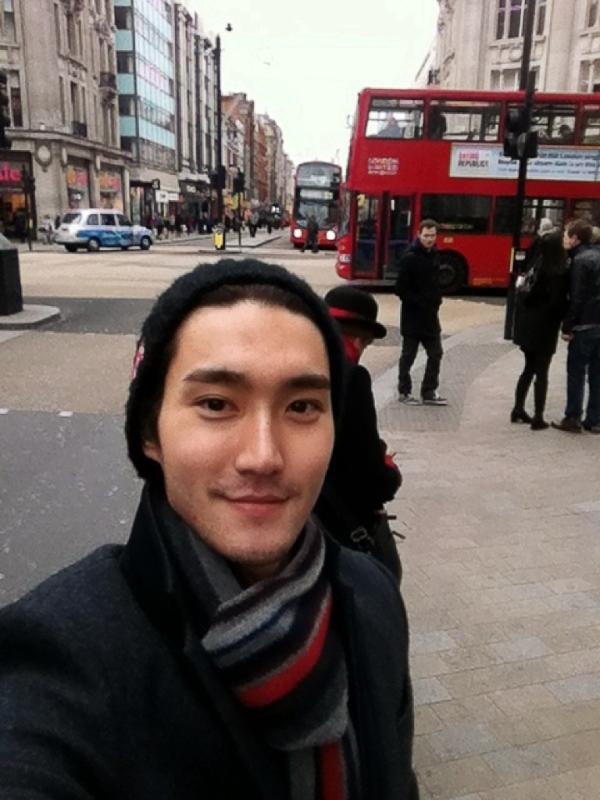 Where is Siwon? Plays Hide & Seek in Europe

On January 21, Siwon tweeted about him being at Incheon International Airport and leaving Korea to spend some time off.

He then posted a collection of tweets asking fans to play a guessing game as to which country he went to.

As the popular game “Where is Wally?” where you have to find Wally among a crowd of people wearing the same outfit, fans started to tweet Siwon his possible location.

Two days and a thousands of tweets later, Siwon finally revealed the place where he is spending the holiday.

In the picture, Siwon is seen wearing a dark coat matched with a striped red, black and grey scarf and a wool hat. His fashion sense and good-looks are shown through this selca of him, the center of the City in the background.

The Super Junior member also playfully teased fan. If you happen to find him, Siwon will give you kiss.

Finally, on January 24, a couple lucky fans did find out where Siwon was and had a chance to snap a surprise photo with him. Siwon also kept his promise by giving a kiss on their hands. He said, “Wow they found me. i kissed on they hand. kept promise! lovely day. have fun beautiful world. always amazing!” and shared the picture below:

His latest tweet indicated the exact location of where he is as he gave the address of a restaurant he was about to enter. “At NIZUNI. 22 Chalotte Street London W1T 2NB. really good place :)” he tweeted, so if you’re anywhere nearby, make sure you look for Siwon!