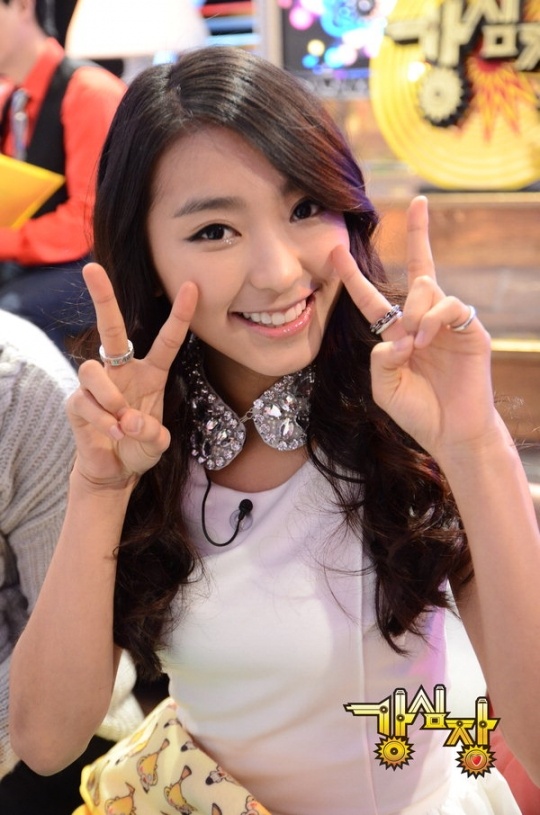 On the January 24 broadcast of SBS’ “Strong Heart,” SISTAR’s Bora talked about her television debut, which should have been one of the most exciting days of her life.

Bora revealed that she made her television debut through a program called, “Golden Ladder” as Myeong Ji University’s beauty queen. This was before her musical debut as the main rapper of the girl group, SISTAR.

Bora appeared on “Golden Ladder” as a campus beauty that looked like Wonder Girl’s Sohee. Boom, who was the host of the show at that time, remembered Bora as a very energetic and enthusiastic guest.

On the day the program was broadcasted, Bora who should have been watching in happy anticipation, experienced instead one of the saddest moments of her life. Her father, who was a suffering from stomach cancer, died on that day.

Bora delivered at heart felt message to her father at the end of her talk, saying, “I was always proud of my father,” and “I miss my father, who was always so bright, a lot these days, and I am thankful that he is up in heaven watching over our family.”

Strong Heart
How does this article make you feel?