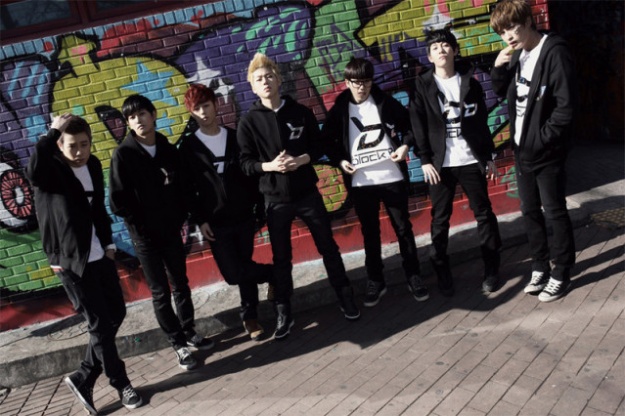 It’s been awhile since we last heard from Block B. During the time since their last album, the fellas haven’t had a chance for a vacation as they worked on their album amidst their busy schedule. Between Cho PD and leader Zico, there were many hints signaling a comeback for the boys on the block. Originally, it was thought that the group would release an album sometime in January. Now at the tail end of the month we finally have some news regarding the talented young group’s latest release.

Cho PD enticed fans with a post he made via Twitter, “The holidays are now over. But the B season is here!” Following his Tweet he uploaded a special photo.

The photo revealed Block B’s actual completed CD. Those with sharp eyes were able to catch the title of the group’s upcoming album. Their comeback album will be named, “Welcome to the Block.” The title itself sounds a bit more like a name for a debut release, though the group has surely grown since their debut. Through their latest effort they hope to show a fresh image of themselves.

Aside from the album being a mini, not much else is known at this time. One thing can be sure though that Block B’s return is right around the corner. How close exactly? Try February 2, 2012.

Be sure to stick with Soompi as we continually inform you of news concerning Block B’s comeback.

What are your opinions on the album thus far?

Block B
Cho PD
Comeback
teaser photo
twitter
Zico
How does this article make you feel?