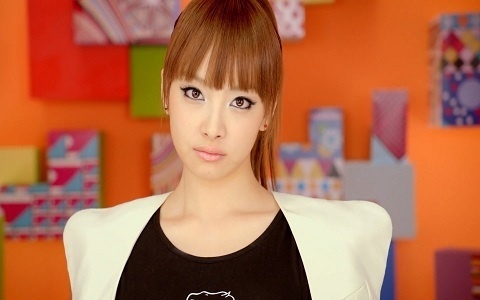 On January 22, she wrote, “I’m sending my greetings from Sichuan, China. I wish you all a Happy New Year,” along with several photos of herself on her me2day. In the photo, Victoria accentuated her beautiful eyes with dark eyeliners, looking very much like a doll. Her dark eye makeup and light brown hair gave off a mature yet lively look. Netizens commented, “Victoria looks great with her new makeup,” “She looks like a doll,” and “She’s so pretty!”

Meanwhile, Victoria is in Sichuan, busy filming her debut drama “The Prince without a Castle” (tentative). Recently, Victoria has been cast in the Taiwanese drama as the female lead, along with Super Junior M’s Zhou Mi and Fahrenheit’s Calvin Chen.

Victoria will play the role of an orphaned girl who is actually a long lost granddaughter for a big corporate company, while Calvin Chen and Zhou Mi are candidates to succeed the company. The three will share a love triangle, and Victoria will have her first on-screen kiss with either one of them.

f(x)
Super Junior M
The Prince without a Castle
Victoria
How does this article make you feel?