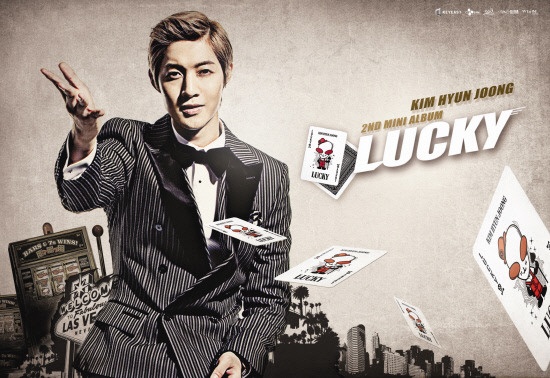 The infamous Ministry of Gender Equality and Family (MGEF) has done it again by ruling Kim Hyun Joong’s casino-inspired “Lucky Guy” music video “hazardous for children.” The reason for their ruling? Apparantly, the ministry believes the casino scene could stir up the children’s gambling spirit and encourage them to “try for a quick and easy profit.”

When Kim Hyun Joong filmed the “Lucky Guy” MV, he already had some concerns of the MGEF interfering. So he made the gambling table out of “Blue Marble,” a Korean board game similar to “Monopoly,” and used his “Uzu Shin” anime character for the chips and cards to create a more comic setting. Since the overall concept of the MV was supposed to be based on the U.S. film, “Ocean’s Eleven,” he couldn’t take out the entire casino scene, so that’s why he went with the comic concept instead. But with today’s ruling, the “Lucky Guy” MV will not be allowed to air during the early morning hours of 7AM to 9AM and during the day from 1PM to 10PM.

In fact, this is not the first time Kim Hyun Joong had problems with the MGEF. “Please” from his debut solo album, “Break Down,” was also classified as “hazardous for children” by the ministry last August, mainly because of some of the lyrics that contained “drunk” and “smoke” in it. Key East Entertainment later filed a complaint disputing the ruling. In December, the court ruled in favor of Key East reasoning, “Pop music must be given freedom of expression. It’s hard to justify that the lyrics are encouraging smoking or drinking.”

You can watch the “Lucky Guy” music video below. Is it “hazardous for children”?

Kim Hyun Joong
Ministry of Gender Equality and Family
How does this article make you feel?