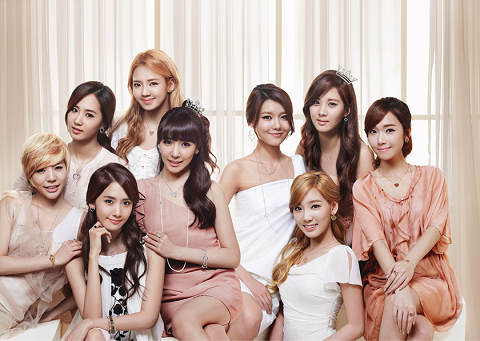 It’s been announced that SNSD will appear on two popular American TV talk shows next week. According to SM Entertainment, the girls will be on “The Late Show with David Letterman” on CBS next Tuesday (1/31). The following day (2/1), SNSD will perform “The Boys” during their guest appearance on “Live! With Kelly” on ABC.

The special guest appearances and performances follow the release of SNSD’s special album, “The Boys,” on January 17, 2012. The special album contains all the songs from “The Boys” remix EP and a selection of Korean language songs from their third Korean studio album. Last October, SNSD performed the English version of “The Boys” to a sold out audience at Madison Square Garden in NYC for the “SM TOWN Live in NYC.”

The fact that SNSD will appear on “The Late Show with David Letterman” is significant because they will be the first Korean singers to appear on the show. In the past, Korean actresses like “Hawaii Five-0’s” Grace Park and “Lost’s” Kim Yunjin appeared as guests.

SM Entertainment
The Boys
The Late Show with David Letterman
How does this article make you feel?