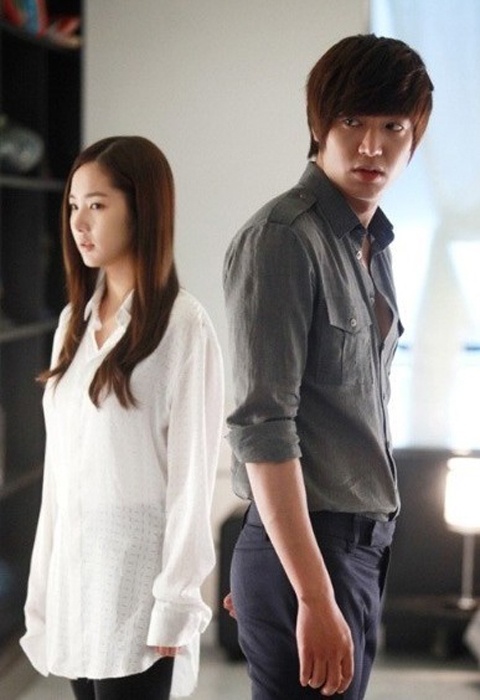 After days of speculations and rumors, their respective agencies have finally spoken up.

Park Min Young’s agency was the first to step up and released an official statement earlier, saying, “It’s been a while since they saw each other. It was really embarrasing for her to just go and reveal their break-up, and she didn’t want to put her agency in a sticky stituation. So, she held the news a little longer. Also, because of her busy schedule, it was almost impossible for her to even rest. She had to film KBS’s ‘Glorious Jane’ while Lee Min Ho was busy with his activities overseas and CFs. We knew that both were really busy to even catch up with each other.”

Lee Min Ho‘s agency Starhaus still remained silent as to whether the star couple had really broken up and decided to wait and to confirm the information. A representative of Starhaus stated, “Lee Min Ho and Park Min Young are back to just being friends and have indeed parted ways.”

Park Min Young’s agency added when asked to confirm the information, “The news of their breakup
is the truth.” Their respective agencies revealed, “Although both stars met during the filming of hit drama ‘City Hunter’ where their feelings for each other grew, their busy schedules kept them from seeing each other often. It seems that they naturally grew apart.”

They further explained, “Lee Min Ho pursued promotional activities overseas immediately after the end of ‘City Hunter’ while Park Min Young was busy filming for her next project ‘Glorious Jane,’ and because of these circumstances they didn’t have time to spend time together.”

Lee Min Ho and Park Min Young played the main parts in SBS drama “City Hunter” and their relationship evolved from being friends and co-workers to being lovers.

The news of them being in a relationship was revealed last August.