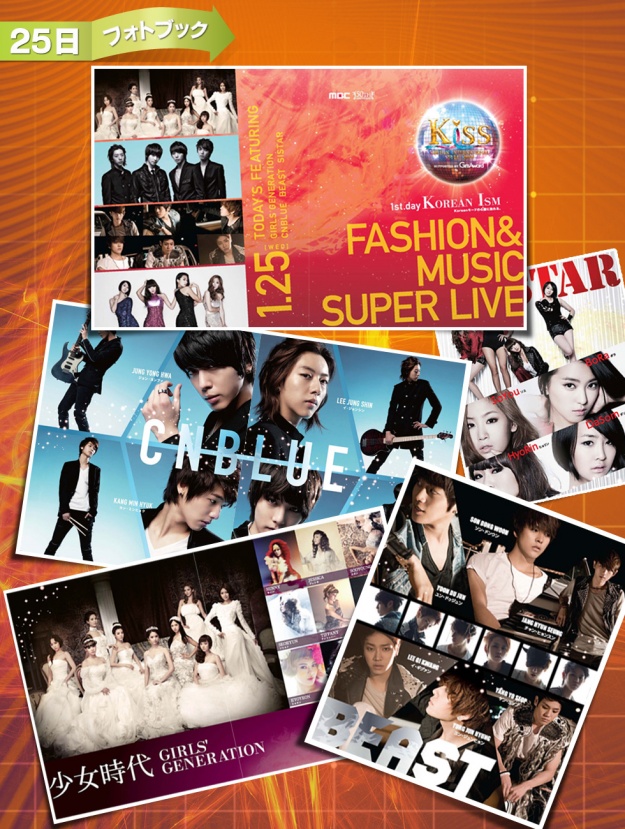 KISS features Korean brands and models alongside some of their Japanese counterparts during the festivities at Tokyo’s Yoyogi National Gymnasium, near the trendy district of Harajuku. While KISS is fashion-focused, idol groups are an integral part of the program as Hallyu and the attention on fashion stems from K-Pop’s influence.

SNSD, CN Blue, BEAST and Sistar added more star power to KISS’ inaugural night on January 25. RaNia was the opening act for the first night that turned the spotlight on high-end fashion brands from both countries.

SNSD came in for an encore appearance on January 26. T-ara, FT Island and 4Minute will join the girls for the second night, which features trendy fashion. Japanese department store chain Lumine supports the second night with a showcase. Nine Muses is expected to perform as the opening act.

K-Pop’s presence in KISS is reportedly the biggest crowd-drawer. According to local news agencies, 33,000 tickets have been sold, riding on the popularity of the idol groups who have gained footholds and fans in the Japanese music scene.