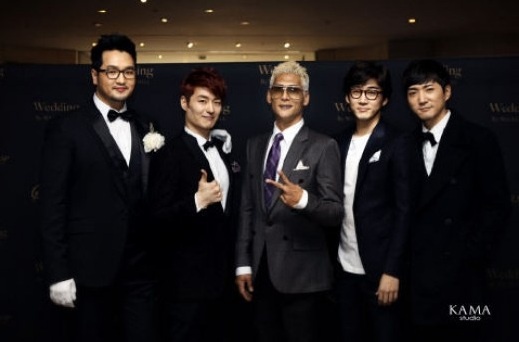 Old school idol group G.O.D is in talks for a comeback! According to multiple inside sources, the members of G.O.D are currently discussing a reunion album and a commemorative concert this year. This would be their first comeback in seven years, since their last album was released in 2005.

“Each member works under different agencies, so that could make the whole process more complicated. But Kim Tae Woo, Son Ho Young, Danny Ahn, and Park Joon Hyung have all agreed to reunite. Kim Tae Woo and Danny Ahn’s agencies met in person to work out things in more detail,” an insider told local media. However, Yoon Gye Sang, who withdrew from the group in 2004, is unlikely to join the group this time.

“The plan is to focus more on live concerts, instead of TV appearances. G.O.D is the first idol group to have held 100 small theater concerts. For the fans that have waited for so long, we’re planning for a number of concerts,” it was reported.

Since their debut in 1999, G.O.D has become one of the most popular groups in K-Pop history, with multiple hit songs such as “Dear Mom,” “Lie,” “Regular Day,” and “Road.” They are JYP Entertainment’s first mega idol group, but following Yoon Gye Sang’s drop out from the group in 2004, they slowly disappeared from the public’s eye.