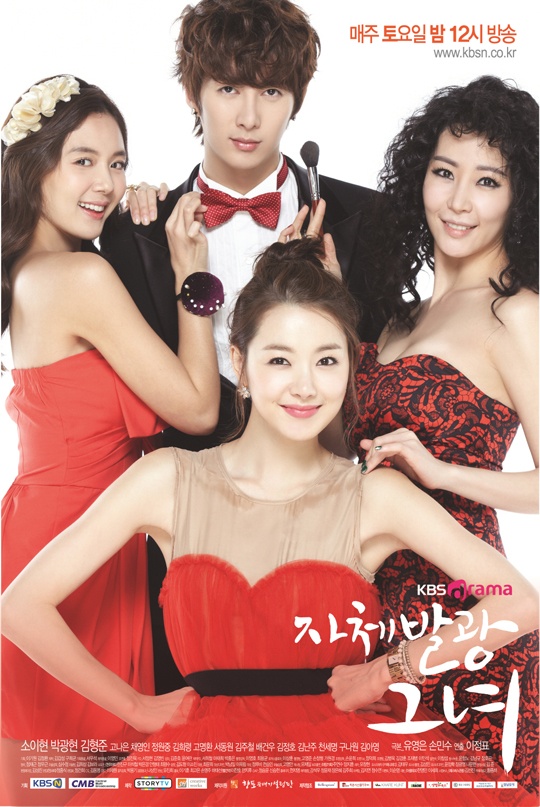 "Glowing She" to Broadcast on Japanese KNTV in March

KBS‘s drama, “Glowing She,” has been earning explosive popularity ahead of their Japanese broadcast!

The drama was recently picked up by Japan’s KNTV, and despite the fact that the drama hasn’t even begun to air yet, the drama’s already ranked first in the most visited drama homepage on KNTV. It was also chosen as the drama that Japanese viewers most wanted to see, confidently taking over the wildly popular SBS drama, “Secret Garden.”

“Glowing She” has been selected for the golden time slot of 11:15 PM every Saturday, showing just how much KNTV is anticipating from its success.

“Kim Hyung Jun, who is one of the characters of the drama, has a lot of popularity in Japan, which we believed played a large role. The modern romantic comedy became widely known amongst Japanese fans, which in turn helped gather interest,” producers said.

If you haven’t watched the drama yet, you should get on it! The synopsis is about a star PD named No Young Woo and a top star named Kang Min who fall in a love triangle with a special lady named Jun Ji Hyun.

Glowing She
Japan
Kim Hyung Jun
How does this article make you feel?